These 3 Brands Succeed By Letting Customers Pay What They Want 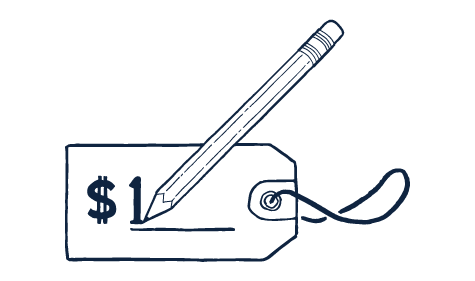 From Radiohead’s album In Rainbows to Everlane, a surprising mix of brands and organizations are letting customers actually choose their own pricing.

We know what you’re thinking: That could never work. If given the option, customers will always choose to pay the smallest amount possible.

A few notable brands are showing that isn’t always the case. Pay what you want pricing can be used to build customers’ trust and deepen their brand loyalty. It’s also an effective way for companies to raise funds for a charitable cause.

To highlight the benefits of this pricing, we’ll break down three successful pay what you want experiments. We’ll share how those experiments went, pull out takeaways for each, and talk about what their results mean for pricing and payment at large.

Everlane Builds Trust With Pay What You Want Sales 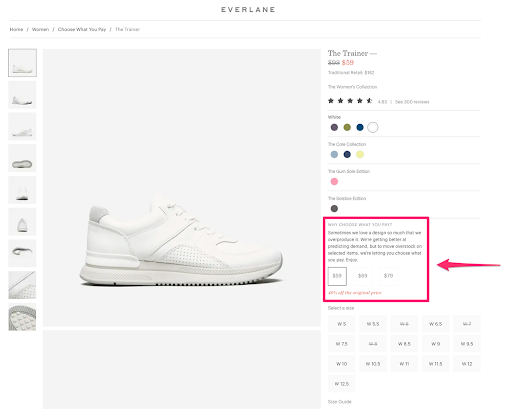 For every discounted product, customers can choose from three prices. When shoppers scroll over each price, a pop-up appears to explain what the money goes towards. 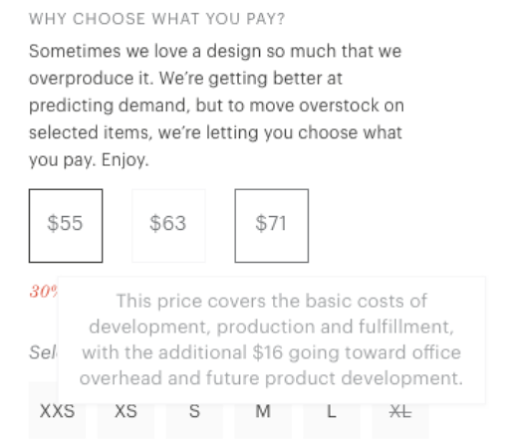 Pay what you want pricing perfectly fits Everlane’s core value of “radical transparency.” Just like the company breaks down the costs of their products for customers, they also want to be clear that their sale price is a true discount. They give customers the option of paying more to support the company, but only after explaining that the lowest price is just covering production costs and shipping.

Everlane has been selling sale items with this pricing since their 2015 post-holiday sale. The company’s CEO reported that 10% of customers chose the middle or highest price when Everlane initially tested this pricing. Since they’ve continued to use this pricing over the last four years, it’s safe to say they’ve been happy with the results.

Pay what you want sales are an opportunity to build trust with shoppers. Communicate the impact of a customer’s purchase on your business, based on how much they choose to pay. Shoppers will appreciate how you’re not only giving them the option, but also that you’re not overcharging them.

Radiohead’s Loyal Fan Base Enabled Pay What You Want Success

Businesses aren’t the only ones using pay what you want pricing. In 2007, UK rock band Radiohead let listeners pay whatever they chose for their album In Rainbows. 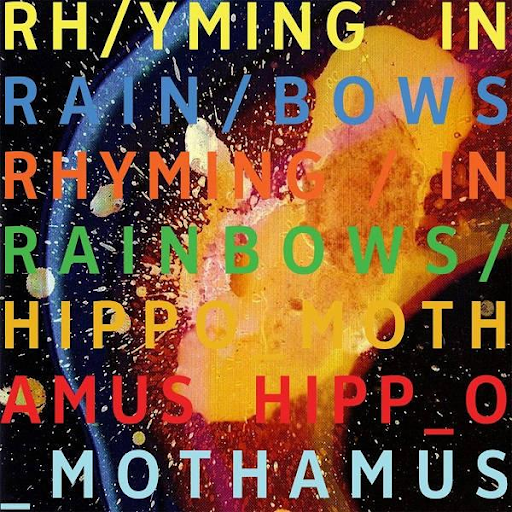 For three months prior to In Rainbow’s release, fans could pay anywhere from £0 to £100 for the album on Radiohead’s site. The album earned the band more money via digital downloads than any of their six previous albums. And once the physical record was released, sales were seemingly unaffected by the pay what you want digital pre-sale. The album reached #1 on the billboard charts and sold three million copies.

The experiment worked out successfully for the band because they’re so well-loved. Radiohead has die-hard fans who are happy to pay for their music, even with the chance to pay zero dollars, just to support the band.

Takeaway: Pay What You want Works with Loyal Customer Bases

Panera Used Pay What You Want to Support a Good Cause

The eight-year run of Panera Cares cafes offers an important pricing lesson: pay what you want works well when it’s for the sake of a charitable cause.

Beginning in 2010, Panera opened five community cafes with pay what you want pricing. The goal was to feed everyone who walked through the door, regardless of their ability to pay, to support the hungry and poor.

What was their plan for covering overhead? Panera welcomed customers to pay full-price, or even more, if it was within their financial means. They included suggested prices on the menu so customers knew what Panera normally charged for the items. 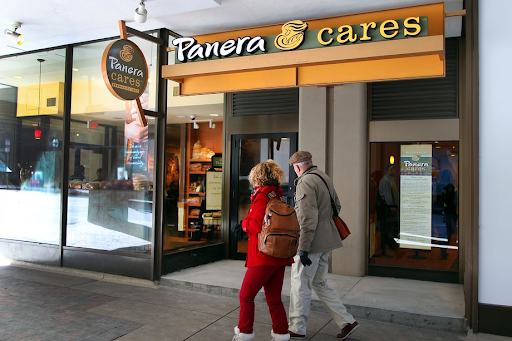 For eight years, the Panera Cares cafes ran successfully. Overall, they brought in roughly 80% of the revenue of a normal, for-profit Panera. With these funds, the company was able to cover costs while giving back to the poor and hungry. Unfortunately, Panera had to shutter the last Panera Cares cafe in early 2019 due to dropping revenue.

What might have enabled Panera to continue using this pricing? Instead of running the cafes full-time, Panera could have used a limited-time pay what you want model. Panera also could have followed the Rosa’s Fresh Pizza model—allowing customers to pre-purchase actual meals for those who can’t afford them. This model ensures you’re still able to meet profit margin targets while also helping your community.

Despite the ultimate end of the program, Panera considers their Care cafes a success. The charitable endeavor garnered a ton of positive media buzz for Panera, making it an overall value-add for the brand. And for eight years, the company was able to provide meals to those in need.

Takeaway: Use Pay What You Want to Support Charitable Causes

If your company is hoping to support a good cause, use pay what you want pricing to gather funds in support of it. By letting customers know that their money will have a positive impact, they’ll be more likely to pay above zero to support the cause.

With that said, Panera’s example shows that stand-alone pay what you want locations are difficult to sustain. Instead, consider integrating pay what you want pricing temporarily to raise awareness and funds for good causes.

Use Pay What You Want in Specialized Pricing Situations

Pay what you want pricing may sound a bit unorthodox. But as the examples above show, it works well in certain contexts. The pricing model can build consumers’ trust in your brand, as Everlane shows. Or, it can be used to support a good cause, as Panera did with their Cares Cafes.

The rise of brands experimenting with pay what you want pricing speaks to a broader reconsideration of price and value by customers. Flexible financing options, for example, make it easier for customers to pay over time, instead of all at once. Eventually, new options may allow customers to set their own price and repayment terms, giving them total control over the payment process. In the meantime, there’s financing—and in some cases, pay what you want pricing—to boost sales and build stronger relationships with customers.